Your Landlords:
Joy and Bill O'Connor 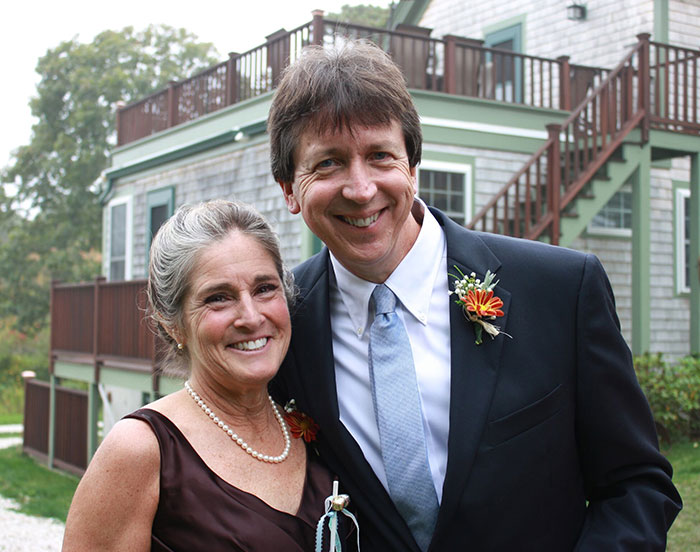 The O’Connor family has been coming to Wellfleet since 1939 when Great Aunt Deb bought a little cottage right out on the top of the dunes. The views were spectacular. But she didn't want to be at the water's edge, so she moved her new home back on the other side of a little dirt road now called Ocean View Drive. And how intuitive Aunt Deb was, since that tiny one bedroom cottage would have been long gone into the sea by now if it had stayed where it was. A one-car garage was added (one that opened on both ends because Aunt Deb did not like to back up), and that was turned into a bunkroom for the growing and thriving family. Year after year, the O’Connors spent summers here in Wellfleet, taking turns so that each family would have some time at the cottage.

Seventy years passed by, full of Wednesday night square dancing on the pier, nightly ice cream runs, and hours upon hours of time in the water. We would start in the salt water of the ocean side, riding waves in until heading over to the fresh-water ponds to kayak, canoe, and play. It was becoming increasingly clear that Wellfleet was where the O’Connors wanted to be. We looked for years, and couldn’t find anything that was just right. It was not until the fourth generation of O’Connors was heading off to college that this hidden piece of property was found. In 2006, the property had been vacant for many years and was in significant disrepair and needed some loving care.

Since 2006 we have been purposefully working to restore this 10-acre homestead now affectionately known as Hidden Hollow. First the one-bedroom cottage sitting quaintly by the road (the Road House), then the three-bedroom cottage with its view of Blackfish Creek (Lost Oak Cottage). They both were thoughtfully renovated in such a way as to keep the integrity of the old Cape and respect the families who had lived here before. In 2014 we designed and built the new Tupelo Loft and used the Greek revival design elements from the other houses so that it fit seamlessly onto the property.

Currently, with our four children and support of many relatives spanning several generations, we continue to creatively guide the rebuilding of Hidden Hollow. We also spend our summers at Hidden Hollow in the Main House, so we can help make your stay here as magical for you as it has been for us over these many years. May you be able to start a tradition that will last from generation to generation and include the beauty, artistry, and uniqueness of the Outer Cape. 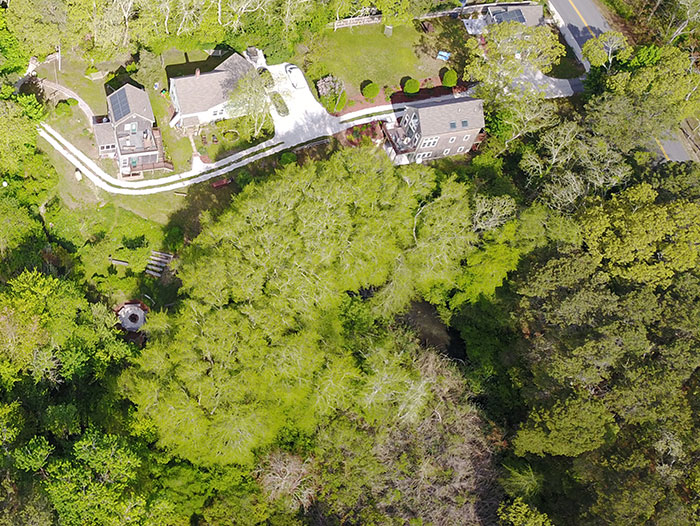 Built in 1847 by Squire Cole’s son, William, it was first referred to as the Paine house. Frank Paine lived in the Main House while his brother, Harold, was stationmaster for the South Wellfleet Railroad Station. Harold, it is believed, lived next door in what we now fondly call Lost Oak.

In the mid 1900’s the property was purchased by the Maguires. The Maguires were regarded with such respect that at one time the town voted to rename LeCount Hollow Beach to Maguire’s Landing, a name that is still heard today, but not commonly used. James Maguire, Jerry, was very active in the Wellfleet Historical Society, serving as chairperson to many worthwhile committees. It is written in the Massachusetts Historical Commission in Boston that he chose to use his retirement in the kindest of ways. When a woman in the neighborhood was widowed, he urged her to call him when she needed help with pumps, furnaces, plumbing, or any other jobs that needed to be taken care of.

The property was owned by Jerry and his wife “Scottie” until their passing in the 1990’s. After that, the property was held in probate and occasionally rented, but over the next several years it was not maintained and fell into disrepair.